It occurred to me…belatedly…that it would be fun for readers to be able to see what the dinosaurs Sky encountered actually looked like! Or at least, what scientists THINK they look like.  As I mentioned in my author’s note in the back of book one, we don’t know EVERYTHING there is to know about dinosaurs because what they left behind is often limited and in pieces. And, of course, it’s also millions of years old. So so there’s that.

But despite the discrepancies and disagreements over what dinosaurs actually looked like (What color were they? Which ones actually had feathers? Is this a new species or just an adolescent of a species that has already been discovered? etc.) I did my best to dredge up some visuals for you.

You have been warned.

I listed the dinosaurs in the order that Sky meets them in Edge of Extinction-The Ark Plan. If I forgot anyone, feel free to shoot me a message!

(This page is also a great place to start if you are using my Dangerous sDino’s Research Project! See the Teacher Resources page for more information on that!)

“I spotted the first one out of the corner of my eye as it  burst from the trees. Bloodied scales winked in the dawn light as its opaque eyes focused on me. It was just over ten feet and moved with the quick, sharp movements of a striking snake.
My stomach lurched sickeningly as I recognized the sharp, arrow-shaped head, powerful hindquarters, and massive back claw of this particular dinosaur. It was a deinonychus. Those monsters hunted in packs.” 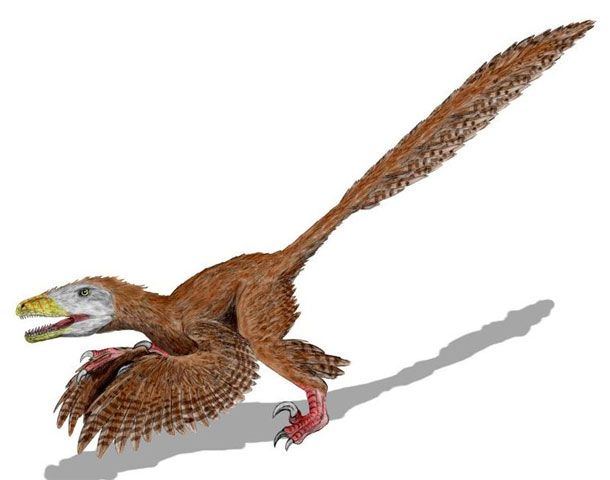 Next up is Todd’s pet dinosaur Verde. She was a Microceratus and is featured on the cover of book one. See her on the bridge next to Sky?

“The eyes blinked, and then slowly a tiny dinosaur emerged into a slant of sunlight. It stood just under two feet tall and perched on its well-muscled back legs. It had a head like a triceratops, but its two front legs were short and carried in front of it like a T.rex. It cocked its head to the side and sat back on its haunches.”

( I almost feel silly putting a picture of this guy on here  because EVERYONE knows the T. rex. My two year old can even correctly identify him.  But. Here you go.)

“I darted my eyes to the left just as a gigantic scaled head emerged at the far end of the meadow, followed by a massive lumbering body. My breath caught in my throat as I took in the sheer size of the thing. It was enormous. Bigger than any dinosaur I”d encountered near the compound and the last dinosaur I’d wanted to meet. It was a Tyrannosaurus rex. “

However…Big Ugly (as Todd so aptly named him) has a lot of controversy surrounding him.  For example. Was he feathered?

Did he have lips?

“We were jerked skyward as below us a pack of man-sized green dinosaurs snapped at the air where our feet had been only moments before.
“What are those?” I choked.
“Nightmares,” Todd said breathlessly, following my gaze. “The buggers are crazy smart and come out at night. They travel in packs. I didn’t realize how lat it had gotten.” His description made me think they were probably troodon,  but I hadn’t realized that Troodn had feathers. The creatures were sleek, with feathers fading into scales along their joints and heads, their oversized eyes set in the front of their heads like humans staring up at us, as though they were trying to figure out the pulley dragon us to safety so they could disable it. I’d read about the troodon’s massive brains, but it was eerie to see that kind of humanlike intelligence at work.” 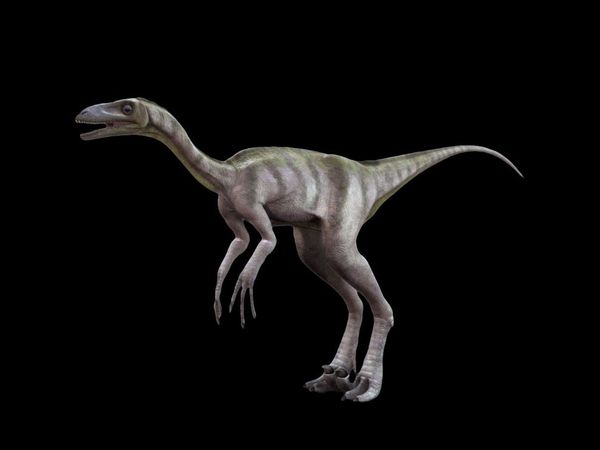 I found these particular dinosaurs really interested because of how smart they supposedly were!

Here he is feathered…

“Moments later the door opened and a tall, thin man stood in the doorway, holding the collar of wha tI initially thought was some kind of strange pig. But it couldn’t be a pig, I reasoned. For one thing, pigs were extinct; for another, this creature was a rubbery grey color with a longer south than a pig was supposed to have. Before I could say anything, it pulled free from the man’s grasp and charged over to snuffle at my boots excitedly.”

I never name the type of dinosaur that Tilly is in the book, but I intended her to be a Phosphatherium. A dinosaur that would eventually evolve into our modern day elephants! 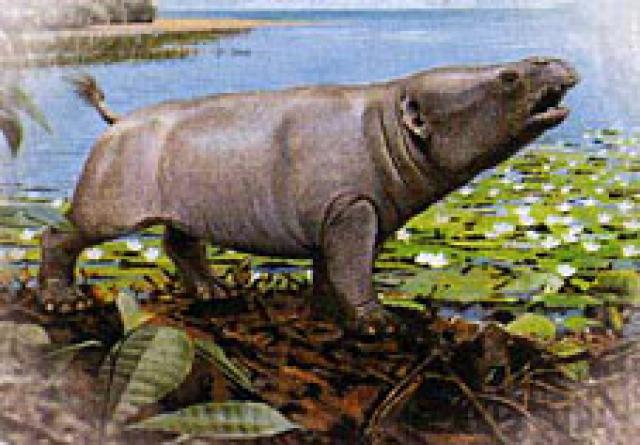 On a side note, I gave Roderick’s over eager pet the name Tilly after my own bulldog (also named Tilly. Tilly Tuna Martin…if we’re being completely accurate.)

I always intended to go back and change the name later, but I got attached to it, and now all my relatives get upset with my when they read my book and find out what happened to Tilly’s character namesake. Whoops.

Next up is the Allosaurus that almost got Sky when she separated from the group for a bathroom break.  They also ate a chunk of this guy for lunch…

“Ten feet behind Todd lay the still body of the dinosaur. A dark red slit ran across its neck, but its yellow eyes still seemed to be looking at me. I felt myself begin to tremble.” 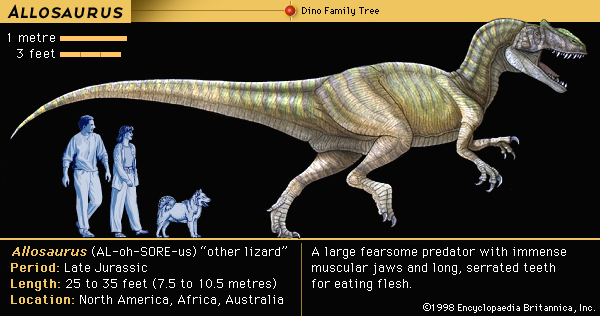 Sky, Shawn, and Todd next met up with an Ankylosaur. This was the armored dinosaur they saw coming out of the abandoned barn. Shawn wanted to shoot it, but Todd knew better. Arrows wouldn’t do much against this guy…

“The squawk came again as a herd of armored dinosaurs came snuffling out of the crumbling remains. Their black eyes roved over the clearing and over us; their blue-green scales winked and glimmered, iridescent in the sunlight. “

Next on the agenda is the Microraptor.

“What is it?” I asked Todd.
“A Four-Wiing Glider,” Todd said. “They hunt at night by gliding down and grabbing lizards and other small dinosaurs.”
“Four wings?” Shawn asked.
“And four massive claws,” Todd said. “They can’t actually fly. They use those claws to climb up the trees and then glide down onto prey.”
I studied the strange creature. “It must be a microraptor.“
“Oh good, a flying lizard,” Shawn said drily, ” just what I was hoping to have for dinner.” 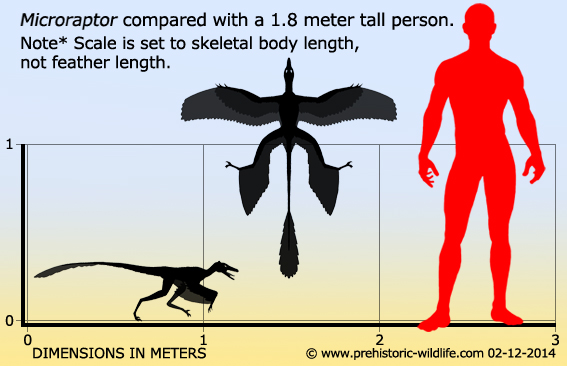 And then the brachiosaurus...

“The dinosaurs emerged moments later, their massive shoulders turning the branches and foliage into green confetti. I slid backward in the water as they lowered their heads to the son’s surface and drank. Their eyes were a soft brown, and they blinked at me, probably wondering what kind of strange fish I might be.
They were beautiful. These were probably brachiosaur, based off the long curved neck, but my research hadn’t done them justice. Their skin was slick and had an iridescent quality that flickered and changed as they moved, making them blend with the shadows of the forest. The largest one blew out hard through its nose, sending water showering down around my head. They made low guttural sounds that echoed across the water, and I realized they were talking to one another. “ 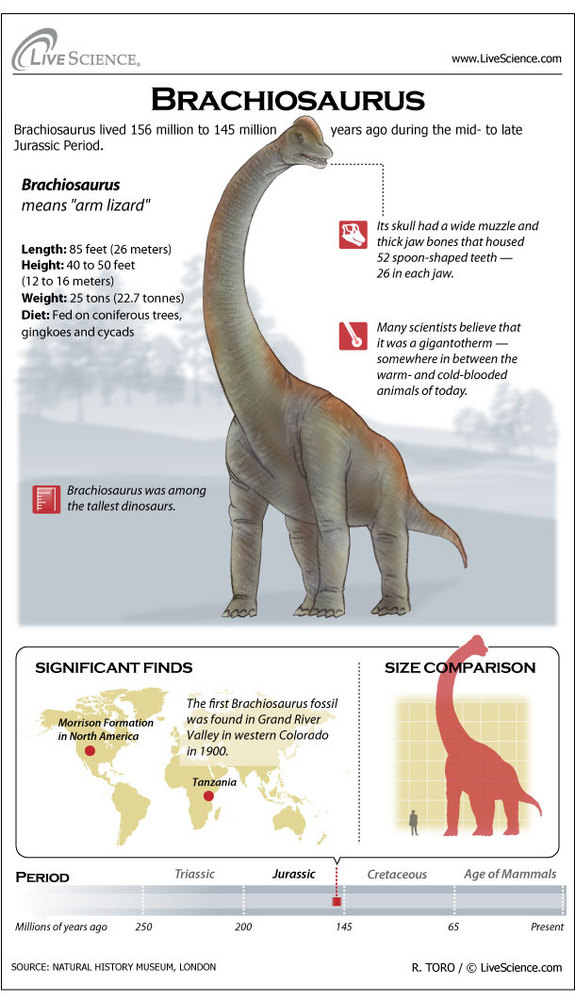 And now for my favorite dinosaur, the Spinosaurous.

I talked a bit here about why I chose this particular dinosaur to appear on the cover of the book. (Sorry T. rex.) 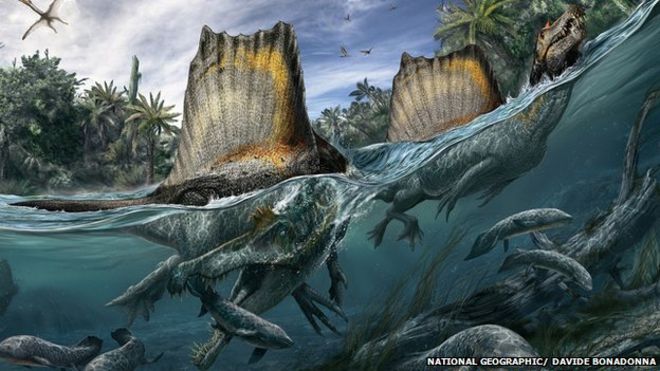 My inner nerd also demanded that I share this article with you about how the original fossils for the Spinosaurus were tragically lost, leaving this guy a mystery for years!

“Out of the corner of my eye, I saw Todd raise his bow and draw back an arrow, but I saw something else as well. Five feet away from Kennedy, shiny yellow eyes peered out of the brush. A long arrow-shaped head poked up moments later, and I saw Kennedy glance at it dismissively. The tiny dinosaur only came to just above his knees. Raising its head, it sniffed the air curiously. I realized with a start that I knew what kind of dinosaur it was. It was a saltopus, and it was a scavenger. An idea took shape, but I bit my lip. My plan was a long shot, but it was worth a try.” 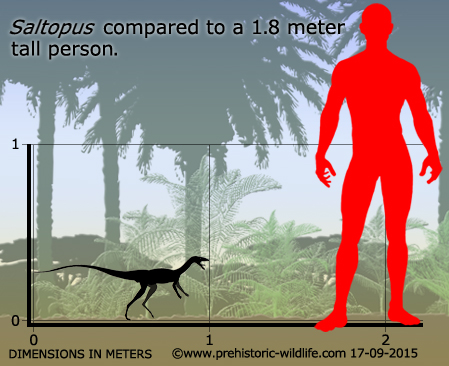 Last but certainly not least…the oh so controversial Brontosaurus.

“I looked up as the echoing call of a dinosaur floated across the evening air. In the distance, a herd of long-necked brontosaurus moved slowly across an open meadow, and I smiled.”

If you want to hear about my research kerfuffle with this particular dinosaur, check out the author’s note in the back of my book!

But here is a picture of the big guy.

So there you have it!

Edge of Extinction ReleaseMay 10th, 2016
Counting down the days...